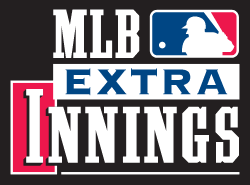 When the Blue Jays and Orioles went into the 10th inning Tuesday night, a new record for most extra-inning games in a single season was established. It was the 238th extra-inning game of 2013, besting the mark set in 2011 (the Diamondbacks and Padres later made it 239). No other season in MLB history featured more than 220 extra-inning contests. With five days left in the season, there's time for this season to build up a little breathing room, likely finishing up at something like 245 (I'll update this post once the final results are in). What follows is a look at some of the specifics of this year's extra innings, and how they compare to those of other seasons.

Seasons with the most extra-inning games*:

Seasons with the highest number of total extra innings:

2013 is shattering that record, and will likely end up with 575-580 total extra innings by the time the season ends Sunday (or Monday).

Seasons with the highest average number of extra innings in extra-inning games:

2013 ranks 26th on that list, with an above-average number of extra inning per extra-inning game, but not dramatically so.

There are 30 teams now and they each play a 162-game schedule. Until 1961 there were only 16 teams (and they played a shorter schedule too). It wasn't until 1998 that MLB reached it's current size, so it's to be expected that more recent seasons would have a higher number of extra-inning games. What if we look at the percentage of total games that are going extra innings, does 2013 still stand out?

Seasons in which the highest percentage of games went extra innings:

By the time Sunday ends, we'll have gotten more innings of baseball than any season in history. I'd say that makes 2013 a great year.
Posted by Jason Lukehart at 7:46 PM