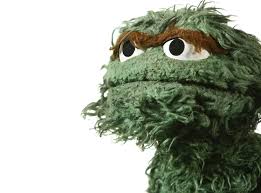 I saw 43 movies from 2014. I know that's many more than most people see, but it's my lowest total since I began keeping track in 1997, when what I still consider my closest group of friends took form and we started going to a movie most weekends. Of the 43 movies I saw last year, only 26 of them were actually in a theater, which is an even more dramatic departure from most of my last two decades. Part of me is bummed that I'm not seeing as many movies as I used to, but in truth, most of what I'm not seeing anymore isn't very good, because I used to go to a lot of pretty crap movies with my friends. I miss not having more time to spend with my friends anymore, but I probably need not mourn the specific movies I'm missing out on.


The bigger issue for my list this year is that my wife and I were on our honeymoon for almost my entire winter break, the time when I usually see 5 or 6 movies, almost always including some of the ones that make my end-of-year list, as studios wait and wait and wait to release some of their best. I scrambled during the last three weeks to catch up on most of what I wanted. Foxcatcher is probably the one I most wanted to see but didn't get around to.

That there will be at least mild spoilers for most of the movies listed below, so don't read beyond the titles if you're worried about finding out something you don't want to know yet.

There was nothing last year that I disliked as intensely as the Die Hard movie that came out the year before, so that's nice. There were still those I didn't like though.

Under the Skin wins this year's "Trying way too hard to be meaningful" award. I can't believe I was so bored with a movie that had Scarlett Johansson walking around naked.

Teenage Mutant Ninja Turtles - My guess is that if I saw the original movie (which came out when I was 10) today, I wouldn't think it was very good. I bet I'd think it was better than this version though, which cast Megan Fox as April O'Neil and then made her the center of the TMNT universe.

My favorite documentaries of 2014:

These are completely eligible for the actual list, but for whatever reason I just about never end up putting any documentaries there. Probably because I'm a terrible person. I saw some good ones last year though:

Life Itself - Steve James (an Oak Parker, and the director of Hoops Dreams, my favorite documentary ever) filmed Roger Ebert during the final year or so of his life and mixed it together with old footage from throughout Ebert's life; the result is pretty great.

The Battered Basterds of Baseball - Did you know former Hollywood actor Bing Russell (father of Kurt) moved to Portland in the 70s and founded an independent minor league baseball team? The city fell in love with the team, but Major League Baseball hated it and basically forced it out of business.

Virunga - Virunga Nationals Park (Africa's oldest) sits on the eastern border of the Congo. It is home to more than half of the ~900 mountain gorillas left on Earth. The park is also endangered by poachers and the oil industry, which are in many ways one and the same. My favorite documentary of 2014.

I don't yet know what to make of Inherent Vice. The story was awfully hard to follow at times, perhaps by design. On the whole I enjoyed it, but I feel like I need another viewing. When that happens a few months from now, I expect the movie will either fall by the wayside for me, or shoot somewhere onto the middle of this list.

I really enjoyed most of Selma, but the Regal City 14 in Chicago completely botched things at the screening I attended, losing the audio for 7 or 8 minutes at one point, and then playing the next 7 or 8 minutes of the movie with the curtains pulled halfway closed and a large spotlight on the screen. A second (and complete) viewing might be enough to eventually jump it onto this list.

10) Frank - Some parts of it are a bit too quirky and cute, but the ending has really stuck with me since I saw it, and there's a lot to be said for a movie that stays with you, even if only a part of them, because most movies don't linger in the mind, not even a lot of good ones.

9) Intersteller - I would have liked it better if it had told the same story but without one key element of its endgame. The planetary collapse, worm holes, and gravitational time dilation I was cool with, but the bookshelf stuff didn't quite work for me. Still, 90% of a movie is a lot to really enjoy.
8) Guardians of the Galaxy - Is it weird that I would call this my favorite of the Disney/Marvel movies? Everything in the world of The Avengers has struck me as solid, but far from spectacular. I never feel compelled to watch them again on cable or anything. This one I would watch again.

7) Whiplash - I haven't had enough time for this one to totally sink in yet. The two main performances are both stellar, that much I know. What is the movie's ultimate stance on Fletcher's tactics? Was Andrew sticking it to him at the end, or just proving Fletcher was right all along? Is that question what ultimately makes the film compelling?

6) Birdman - If this means we're going to get more Michael Keaton in the next few years, I'm all for it. He and Edward Norton were a delight to watch. As for the visual structure (the movie being shot so as to appear as one continuous shot for all but a couple minutes), I need another viewing to decide what I think it adds (or doesn't).

5) Blue Ruin - Only 30,000 or so people saw this one in the theater. Hopefully many will do what I did, and watch it on Netflix or via some other streaming option. It's a portrait of revenge, but one unlike those you often find in movies. This one is messier, more tense, and ultimately more believable than most. Revenge never felt so troubling.

4) The LEGO Movie - The polar opposite of the previous entry on this list, in that it trades on recognizability, you always know roughly where it's headed, and you walk out of the theater humming a happy song. I'm not sure how I landed on liking such dramatically different movies almost exactly the same amount.

3) Dawn of the Planet of the Apes - I'm trying to think of the last summer blockbuster I liked as much as this one. I think I have to go back to Inception, from 2010. Far more depth than you might expect from a movie featuring a chimpanzee firing two guns while riding a horse.

2) The Grand Budapest Hotel - I wonder if Wes Anderson calms himself when things get tough on his movie sets by thinking "No matter what, that Jason Lukehart character is going to like this, so I've got that going for me." Anderson is 8 for 8 with me, with even the ones I think relatively less of landing somewhere on my lists for their year of release.

1) Boyhood - What if they'd spent twelve years making a movie and it had turned out to be a dud? Fortunately this is anything but. Even among great movies, there are few I expect people to be talking about years and years after their release. I think people will be marveling about Boyhood long after Mason has gone gray.

There you have it. On the whole, I think it was a very good year for movies, better than the last few. Not every good one will play at the local multiplex, but it's easier than ever to track down the ones that aren't playing there, even if it means waiting a few months and watching them on a smaller screen.

Posted by Jason Lukehart at 2:25 PM