Pitchers with multiple Madduxes in the same season 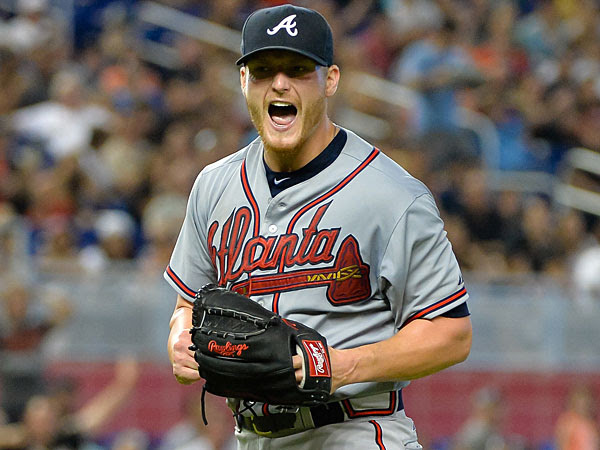 Shelby Miller was traded to the Braves by the Cardinals this offseason, because St. Louis apparently has so much pitching that they felt they didn't need a 24-year-old only one year removed from finishing 3rd in the Rookie of the Year voting. A month and a half into the season, it looks like Atlanta got a real steal, as Miller leads the NL with a 1.33 ERA and a 0.833 WHIP. Miller hasn't allowed more than two runs in any of his eight starts this year, but it's what he's done in the last two weeks that really caught my attention. On May 5 Miller pitched the first Maddux of 2015. Yesterday (May 17), Miller did it again. What's drawn attention is the fact that he was one out away from a no-hitter, but two Madduxes in three starts is accomplishment enough.

In case you're reading this but unfamiliar with the Maddux, it's a shutout on fewer than 100 pitches. You can read a lot more about it here.

Miller is the 19th pitcher ever to throw two Madduxes in the same season, and is the first pitcher ever to throw both of the first two Madduxes in a season.
Updated September 24, 2021: Max Fried just became the 20th player with multiple Madduxes in the same season, and the first since I originally wrote this post when Shelby Miller did it in 2015. The six-year gap between Miller and Fried is the longest stretch between a pitch accomplishing this feat since pitch counts began to be tracked in 1988.

Pitchers with multiple Madduxes in the same season:
*The record for most Madduxes in a single season is 3, held by Zane Smith (in 1991) and Greg Maddux himself (in 1998, the year I created the Maddux). Miller has four and a half months to try and tie the mark, or perhaps even break it.
(Author's note: Miller did not get a third, but by pitching both of his in the same month, he joined a very small group.)

Pitchers with multiple Madduxes in the same calendar month:


Both Zane Smith and Greg Maddux pitched their pair of Madduxes from the same month in consecutive starts, which is quite a thing.
Posted by Jason Lukehart at 9:28 AM