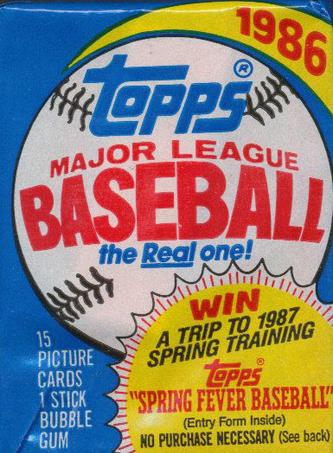 It was April of 1986 when I showed up for my first day of t-ball practice wearing shorts, and was promptly told by Coach Jerry it would be better to wear long pants. It was a couple weeks after that when our t-shirt jerseys arrived, "Indians" printed across the front, fating me to cheer for a team hundreds of miles away in a city I wouldn't visit for almost twenty years. That was that spring I bought my first baseball cards, back when you could find in corner stores and supermarkets. That was the summer I went to my first baseball games, one at Comiskey, one at Wrigley. That was the fall I watched the extra innings of what was then the longest postseason game in MLB history.

I've now spent three decades as a baseball fan. I've seen 17 teams win 29 World Series. I've seen dozens of Hall of Famers and dozens more who will (or should) be there someday. As a way of looking back at my time as a baseball fan, I thought I'd rank the 30 best players of these last 30 years.


I'll add links to each entry as I go:


I spent some time torn on just how to do this, in terms of how to assess players whose career straddled 1986. For example, Mike Schmidt is one of the 30 greatest players of all-time, and he was still playing in 1986. The vast majority of his career came before then though, and to say he was one of the 30 best players during my time as a fan wouldn't be accurate. I debated including the full career of any player for whom most of it came in or after 1986, or any player who played at least ten seasons after I became a fan. In the end though, I decided just to draw clear line between the 1985 and 1986 seasons; only production from 1986 on has been counted as I've put these rankings together.

I think that's a reasonable way to go it, but it of course hurts those players who put up big seasons in the early 80s. The players who were especially impacted: Rickey Henderson and Wade Boggs will appear on this list, but be much lower than they would be if their entire career were included. (They'd both be in the top ten if I'd been born a decade earlier and was doing the top 40 players from the last 40 years) For Cal Ripken, the news is even worse. If his entire career were included, he'd be in the top ten. Instead, he missed the cut entirely. Sorry, Cal.

My plan is to write about a player a week. I'll provide some of the numbers for each player, since those are what the rankings are based on, but I also hope to reflect on what each player has meant to me, to pass along what each of them makes me think about from the last three decades. I hope you'll tell me all the ways my ranking is horribly, horribly wrong, but I also hope you'll share your own stories and memories of each player.
Posted by Jason Lukehart at 1:05 PM